Most of us love the taste and texture of a well-cooked mushroom, added to a variety of recipes or eaten on its own.

But as science discovers more and more health advantages to mushrooms, its worth understanding them a little better. You may even be interested in growing them yourself.

Were here to help with a guide to understanding the 4 categories of mushrooms, placed together based on similar traits. Scientists classify them into one of these four categories based on how the mushrooms receive nutrients.

First up is saprotrophic mushrooms, which includes many common edible mushrooms, including the white button found most commonly in the grocery store, as well as morels, cremini, portabella, and shiitake.

Saprotrophic mushrooms can break down plant matter and convert it into nutrients, so they thrive on dead and decaying wood. That means you can often find them in the forest, where they aid in the decomposition process of trees and plants.

Mycorrhizal mushrooms have a symbiotic relationship with the plant they take on as host, which means both the mushroom and the plant benefit from the relationship. In exchange for receiving some of the plants sugar, allowing it to survive, the mushroom provides the plant with water and protection against certain diseases.

The most common among the sub-categories of mycorrhizal is whats called the ectomycorrhizas group. These mushrooms latch on close to a plants root system, and grow through the soil, actually extending the roots. In this way, the plant gets access to nutrients deep in the ground, and the mushrooms do too.

Examples of mycorrhizal mushrooms include truffles and chanterelles.

This is a unique form of relationship in nature, as one side receives more of a benefit than the other side.

With parasitic mushrooms, they receive benefits without providing a return, and they actually steal vital nutrients from their host.

One of the best-known parasitic mushrooms is the Cordyceps. This exclusive fungi actually grows on the backs of caterpillars and other bugs, and replaces the hosts tissue with that of the mushroom. Other examples include the Chaga and the Lions Mane mushrooms, both of which grow on tree bark.

Endophytes are even more complex, as they take over the hosts tissue but dont harm the host. This relationship is more symbiotic, in that the mushrooms help their plant host obtain vital nutrients from the soil, provide water, and protect them from diseases.

Many types of endophytic fungus do not produce mushrooms. Its also interesting to note that nearly every plant has an endophytic fungal infection of some kind.

As we continue to learn about mushrooms and their powerful health advantages, its worth understanding them better.

Our guide to the 4 categories of mushrooms makes it easy to comprehend this amazing fungus. 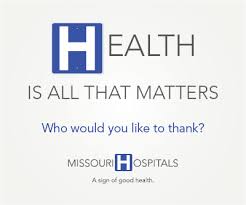